There are a lot of people who come into the business of trade but will not be able to perform well. It is important that you understand and develop the skill which will help you in having a career in the trade. For more on this, keep reading this article. 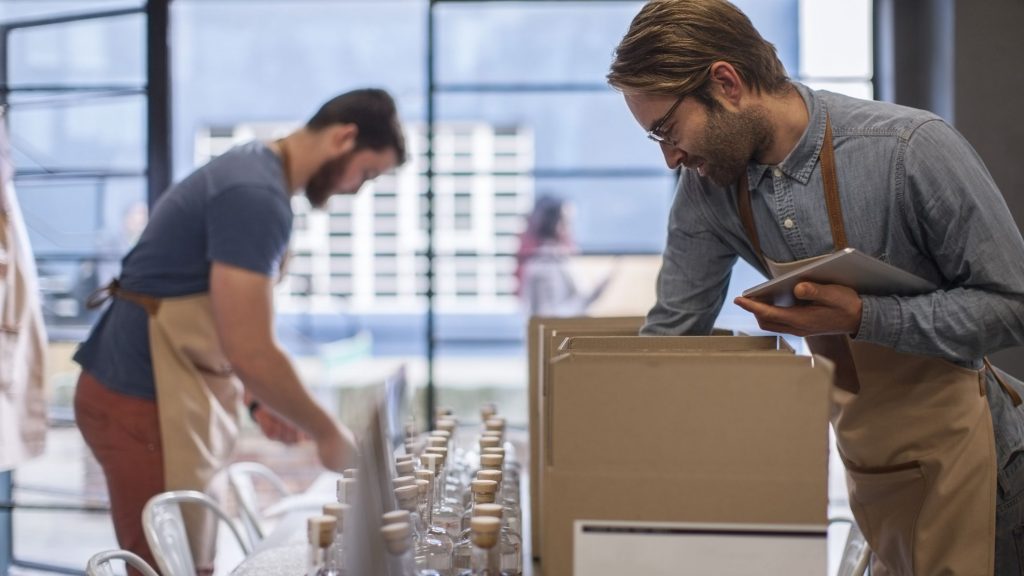 And if you’re looking for a career change without a college degree, there are also opportunities.

Listed below are booming trade careers from varying fields that are what high school graduates can train for and which can serve as the first step to a thriving career.

Not everyone is cut out to work for someone else; many high school graduates who want to start their own business would rather be their own boss and manage their own company.

In this situation, starting your own company could be the key to unlocking the goldmine.

For example, after achieving a reasonable median annual income, wholesaling is regarded one of the most lucrative operations that entrepreneurs may undertake.

In addition, the US Census Bureau stated in their 2014 statistics that the wholesale trade made a total of $454.4 billion, making this kind of business opportunity more attractive to entrepreneurs.

Learning the ropes of wholesaling is a long-term affair, but you only need to have a high diploma or equivalent education to get started.

Nearly every company requires a design department, and this is only among the many opportunities artists can delve into.

As long as you can draw, paint, or sketch on a solid surface what your creative juices are telling you, you may be able to get a decent job doing what you love.

Being a technician for aerospace and engineering operations involves the development, testing, and production of new aircraft and spacecraft.

Technicians in the industry are also expected to maintain the equipment used in these processes.

Loan officers are known to approve applications for monetary assistance but apart from that, they are also expected to advise people who are seeking financial help and evaluate their credit status.

It does involve a lot of paperwork and logistics management, but these can be accomplished if one has good organizational and interpersonal skills.

Interest in computers and how they work, combined with strong interpersonal skills, are ideal prerequisites for landing a network specialist position.

Dealing with a wide area network (WAN) and a local area network (LAN), as well as the related analysis, testing, troubleshooting, and network evaluation, is part of the job.

Anyone who works on the Internet knows how crucial it is to have a dependable website and a steady connection.

READ ALSO:  VISA LOTTERY IN THE UNITED STATES – INSTRUCTIONS ON HOW TO APPLY

As our reliance on technology grows, so does the number of work prospects available, not only for the younger generation but also for those eager to study it.

As such, the demand for web developers, whose job entails everything about websites such as designing, creating, and modifying them, is seen to have a steady growth.

Interested applicants require no experience to apply and can learn everything they have to know the job, which is mostly about the operations of the trusty subway cars.

People whose job it is to make sure that actors and actresses look ideal for their roles also bring home large slabs of bacon.

They have a chance at the job as long as the makeup artists are adept at applying makeup to help actors become the character their script requires.

Just think that as long as we rely on electricity, we will always need people who can repair electrical power systems. Electrical repairers are also responsible for fixing and managing telecommunication cables.

Demand for power plant operators is stable, just like it is for electrical repairers. The management and control of the systems that distribute electric power is their primary responsibility, which they can learn and master on the job.

This type of employment may not always require employees to wear a suit and tie, but it is one of the highest-paying positions available to high school graduates.

Working on a farm entails overseeing the production of items such as cattle, dairy, and crops. 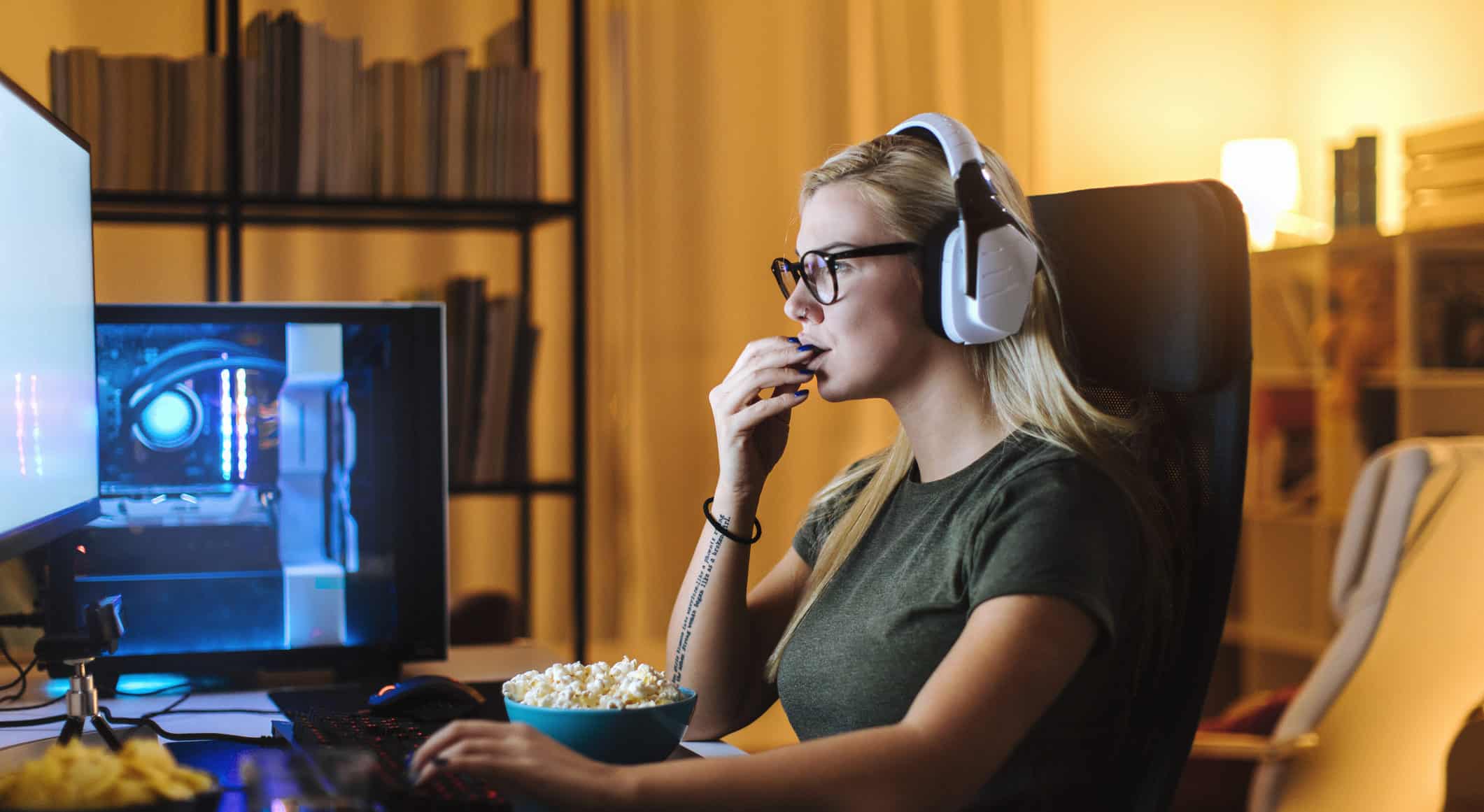 Young blonde working on a computer while eating popcorn

The gaming industry may be a regulated one, but it enjoys a steady yet slow growth in terms of revenue, which then translates to bigger incomes for gaming managers.

The scope of their job is to undertake the planning, directing, and coordinating operations in a casino or similar establishments.

Not every job in a nuclear plant requires a college diploma some of them can be snagged with an Associate’s degree such as a nuclear technician post.

These people spend their workdays providing assistance to engineers and physicists.

The people who are responsible for keeping our teeth clean also get a fat annual paycheck. Apart from teeth-cleaning, dental hygienists also examine patients to check for possible teeth and gum diseases and recommend respective preventive care.

The skills required to become an elevator repairer and installer include mounting, fixing, and maintaining lifts such as elevators and escalators, all of which one can learn through the apprenticeship.

These fellows are in charge of moving control rods, adjusting controls, starting and stopping the equipment according to a schedule, and recording respective data.

READ ALSO:  Colleges that don't charge an application fee – How to Get a Fee Waiver for an Application

You read that correctly: you can fly even if you only have a high school diploma!

Being a commercial pilot, on the other hand, will necessitate on-the-job training in which you will learn everything there is to know about flying and navigating planes and helicopters, as well as rescue and firefighting.

This work may not involve a college diploma, but it does necessitate above-average analytical abilities. Detectives and criminal investigators are in charge of looking into possible violations of the country’s, state’s, or municipal government’s laws.

Apart from having a spectacular view of the skies, air traffic controllers are also paid generously for their services. These people have the power to keep aircrafts safe by making sure that there is a safe distance between them.

Those with a talent for administration and management occupations may choose to consider a career as a transportation manager.

The careers listed above demonstrate that there are several options available not only for college graduates but also for high school graduates and associate degrees.

However, you have to keep in mind that like most jobs, these high-paying occupations will necessitate respective skills training. Talent is also important but you have to work out through the right professional attitude. If you already have your high school diploma, you can start researching these jobs.

On the other hand, the professions that require associate degrees would require enrolling and completing the necessary courses at a community college or associate’s college. Kindly share it with your friends after reading it.